Kanana Camp Botswana. Pulling over by the side of the road to watch a grazing giraffe we spotted an amber head lurking behind a small mound. A hungry lioness. Watching waiting camera to my eye she eventually chose her moment and pounced just as the giraffe sensed danger. The lioness gave chase but failed. Hungry she lay down invisible in the grass not ten feet from us and waited again. (Photo and caption by Alex Tan)

A supercell thunderstorm rolls across the Montana prairie at sunset. (Photo and caption by Sean Heavey) #

Salvation. Appreciate life to save the world. (Photo and caption by Hongsik Kim)

The Great Pyramids. The people of Ancient Egypt believed that death on Earth was the start of a journey to the next world. The embalmed body of the King was entombed underneath or within the pyramid to protect it and allow his transformation and ascension to the afterlife. (Photo and caption by Jesus Oranday)

The Music Of Love. This picture was taken in Tenganan Village Bali (2010). Tenganan is the most famous Bali Aga (original Balinese) village and is located close to Candi Dasa in East Bali. A man was playing bamboo music to entertain a disabled child which is not his son but he loves this child likes he loves his own son. (Photo and caption by Ario Wibisono)

Liquid Planet. Another picture from the Liquid Vision Series which shows a different point of view of waves. An angle that people are not used to seeing. (Photo and caption by Freddy Cerdeira

Brown bear Buskin River Kodiak Alaska. This bear had been fishing in the river on this morning. It climbed onto the bank and laid down in the grass. This photo was taken about an hour after sunrise just as the sun was starting to clear the trees. The temperature was near the dew point and steam was rising off its body. It didn¶t seem at all concerned by the fishermen in the river or the photographer on the bank.

Praying Mantis - Pseudocreobotra wahlbergii. This beautiful whalbergii evolved through two of its nymphstages on the Barberton Daisy at left surviving because of its bright color which blended so well with the flower. Towards the end of its growth into an adult it became a little more adventurous (but not much more) as pictured here. Once it had shed the layer in this picture it became a fully-fledged adult and departed after about two weeks. Total stay in this tiny ecosystem was approximately six weeks. (Photo and caption by Fred Turck)

Wrinkle in Time. Beauty is in the eye of the beholder. (Photo and caption by Nikki Krecicki)

Alone. I was up in the air in an helicopter taking images for the community and suddenly I saw one tree surrounded by thousands of spruces and I got only one shot in this perfect light. (Photo and caption by Mats Almlf)

The archipelago of Fernando de Noronha Brazil is considered a wildlife sanctuary but today even in this isolated archipelago dolphins are victims of the bad habits of consumption. (Photo and caption by Joo Vianna)

The child in us. Traveling from Zhangmu (Nepal-Tibet border) to the Tibetan capital - Lhasa you can see road workers all along the Friendship Highway. The Chinese industrialization has affected Tibet a great deal. But despite the Chinese governments attempts to settle Chinese population across the Tibetan Plateau the Roof of the World still remains a place where only the Tibetans can survive its harsh climate conditions. A Tibetan boy holding the hand of his father who works on the road construction Tibet. (Photo and caption by Sergi Barisashvili)

The baboon in front was harassing one of the babies in the troop. This male facing the camera attacked him. The whole fight was over in a few seconds but it was loud and seemingly vicious. The rest of the troop was scrambling around trying to get out of their way. There is needless to say always a lot of drama going on in a baboon troop. (Photo and caption by Sharon Raoli)

Unsafe Journey. A woman is riding between the railway carriages of a local train heading north from Dhaka the capital of Bangladesh. Her luggage is tucked under the carriage in front of her. It is the month of Ramadan a fast which culminates in Eid-ul-Fitr a three-day celebration. Tens of thousands of people leave the city to go to their home village and celebrate with their families. Trains are packed and many who fail to get tickets before they sell out or cant afford buying them at the black market ride on the roof of the train or like this woman finds a quiet spot between the carriages. (Photo and caption by Amy Helene Johansson)

Lightning Strike NY Harbor. This shot was captured during a major electrical storm. There was little wind and no rain which allowed me to stay safely inside and shoot from an open window. This was the 82nd exposure out of 150 made that night. The camera was mounted on a tripod exposures made with a cable release for 5 seconds at f10. Except for a some minor level adjustments and a square cr 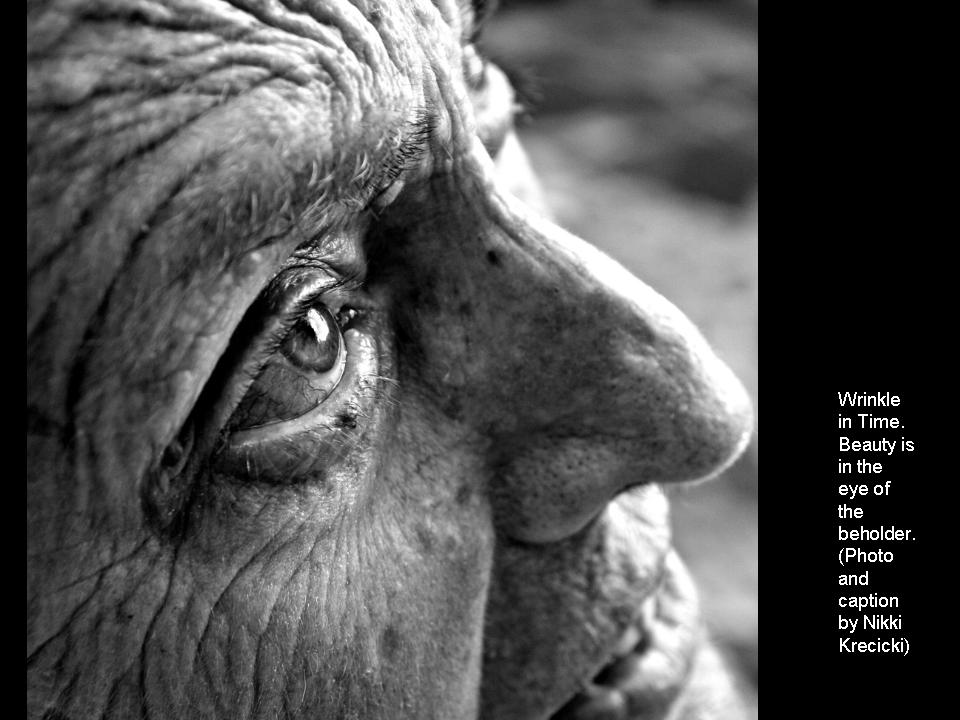 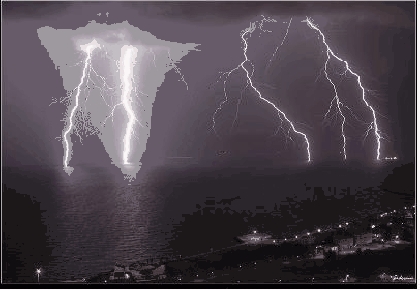